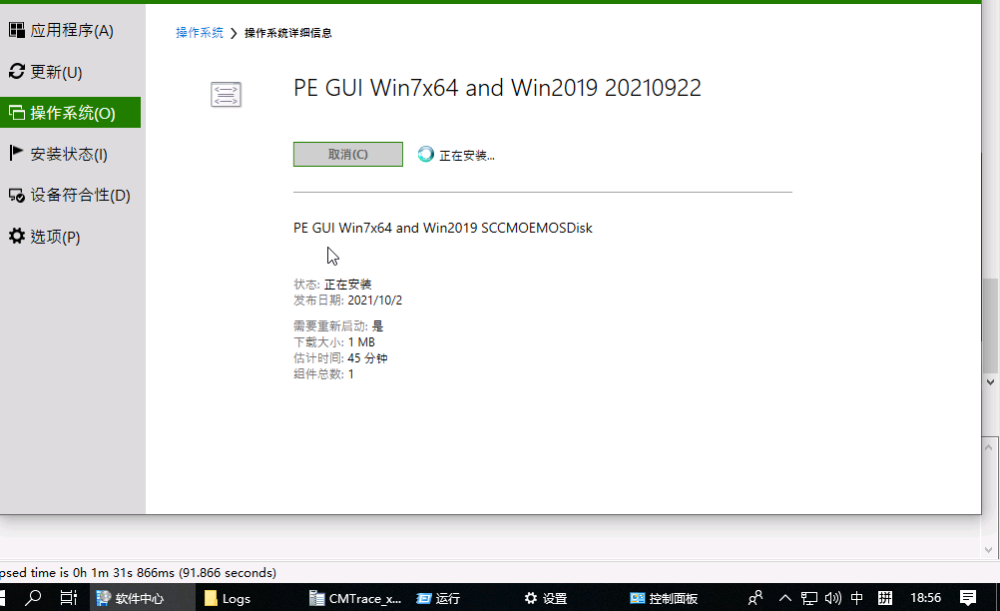 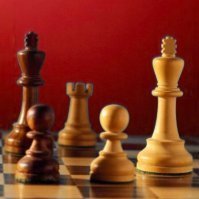 By Deilson Oliveira, November 3, 2021
I created an offline media of the Windows 20H2, where I have two Windows version options, I'll call version A and version B Version A: is a standard task sequence, which disables the bitlocker, partitions the disk, installs install.wim, installs the configuration manager, restarts, then adds 3 programs, which are: 7Zip, Adobe and Notepad++, and finishes Version B: identical to version A, but without 7zip. The most bizarre thing is that in version B, everything works without a prob

By Deilson Oliveira, November 2, 2021
In the company I work for, there are situations where internet access is very bad, so we deploy the image using offline media (putting the USB on the computer and installing the image from there). And there are also regions where it is difficult for us to hire temporary analysts to make some demands.So I thought of an alternative to prevent our analysts who are on the users' end from always deploying when the computer has startup problems.I was wondering if it could work like this:1- The install

NEW ROBOCOPY WINDOWS IS SHOWN TO USER IN PACKAGE 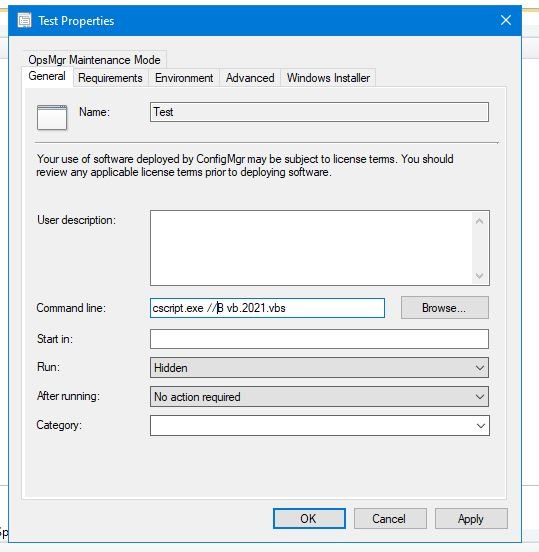 Hi,I have VB script which is being push to user machine with hidden settings but for some reason it showing on some users machine.VB scriptrobocopyC= robocopy "Source" "Des" /E /ZB /Purge /R:0 /XF "path\file" /log: "Logfile"tmRC = WshShell.Run(robocopyC, 8, True)Package settings (See images)   How do I stop showing robocopy pop on user machine. I dont need to notify or tell user if anything is running on they machine.

Installation of Windows and Configuration Manager steps did not start 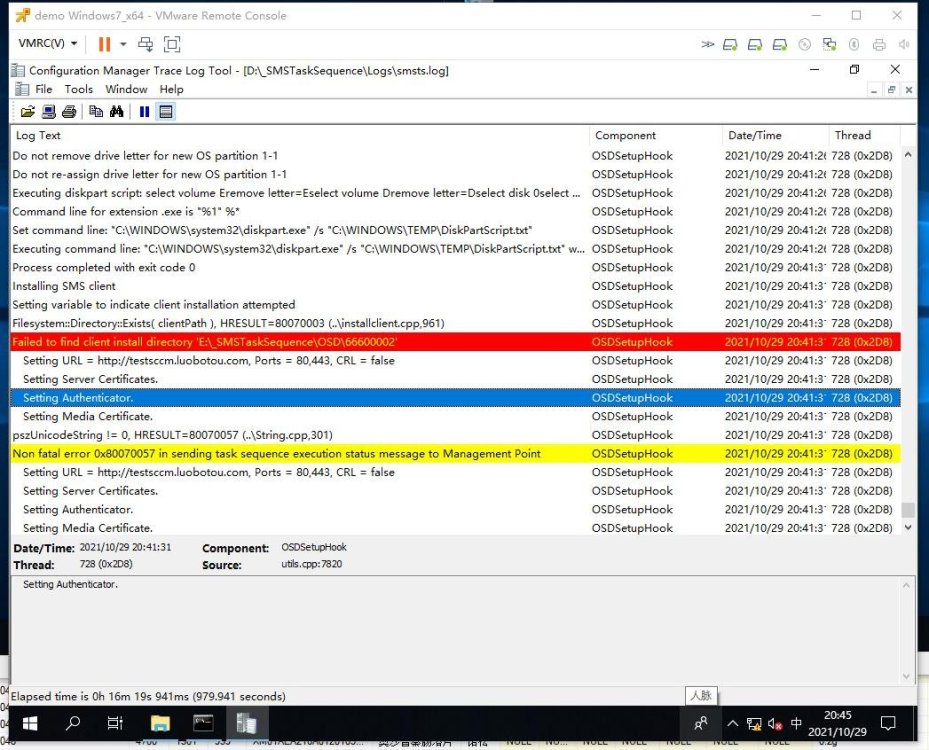 Traditional bios mode boot method, task sequence set more than 3 steps to format the hard disk where the disk 1 task sequence operating system partition does the OSDdisk variable Then the installation of Windows and Configuration Manager steps will not be booted, check the logs to find the cache path corresponding to the folder that can not be properly started to install Windows and Configuration Manager steps ..... After several tests respectively with Hyper-v, Vmware, physica 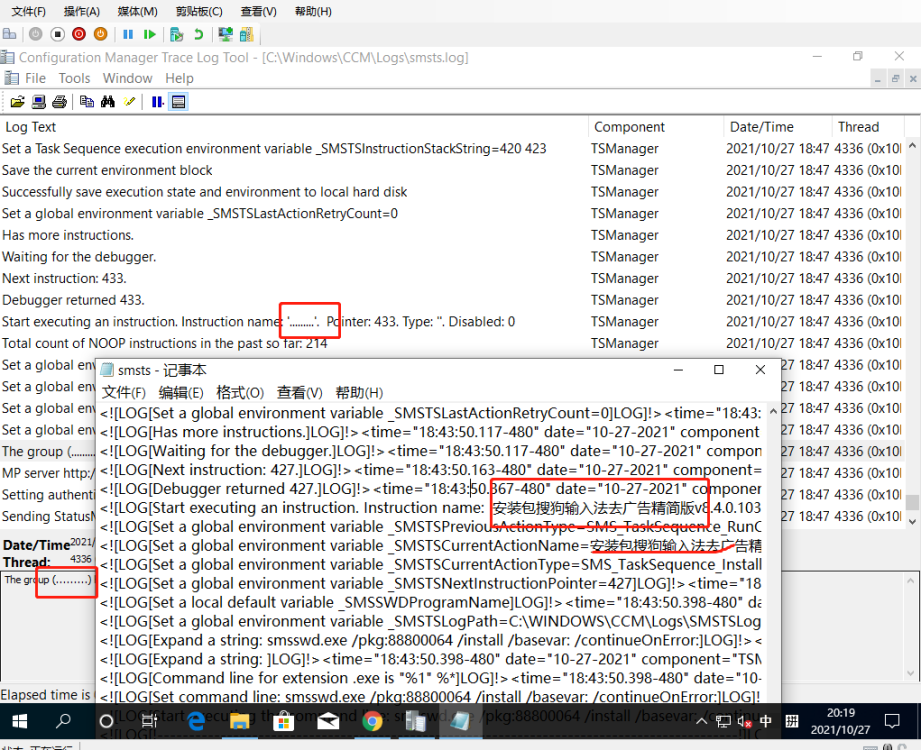 sccm 2103、2107 cmtrace工具打开 OSD smsts登录PE环境，完整windows环境不显示中文 这是一个错误吗？     The log tool of the sccm2010 version can display Chinese, and the Chinese part of SCCM2103 2107 is displayed as... smsts.log 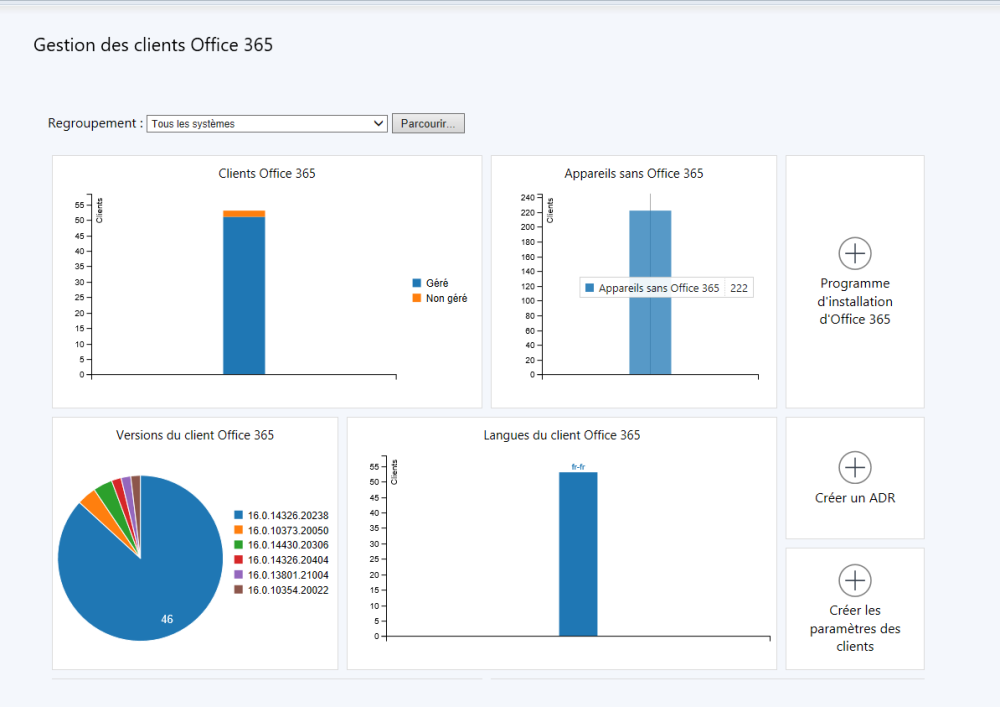 Hello, I have a little problem finding an SCCM request. I would like to display the name of all my customers who do not have office 365 installed on their workstation, except I can only find the number but cannot display their name.

Executables Being Closed When They Shouldn't

By Sanchez, October 21, 2021
Hi. It seems that Install Behavior isn't working properly in the latest versions of Configuration Manager, as it is automatically closing applications, when it's not supposed to. I'm deploying an application, and have specified an executable that must be closed for the application installation to succeed, in the "Install Behavior" tab of the deployment type. I've created a required deployment for the application, but the "Automatically close any running executables..." option is u

Portal by DevFuse · Based on IP.Board Portal by IPS
×
×